1. Why read this book

Recently, I couldn’t stop playing “Xian Zhi Dao” with my classmates. Although it’s just a Warcraft RPG, we really like it. We can play for hours without knowing it. So, I want to know, why do we like to play games? Although some people say that it is a sense of accomplishment, rewards and other factors, I don’t think it is that simple, so I found this book. The book can be roughly divided into two parts:

-Is the game useless?

In Part 2, the author ran to discuss the relationship between games and art, and the requirements for games. It’s a bit off topic and it’s not interesting. But overall, the author’s thinking about the game is very enlightening. The following are my thoughts on the above two issues in combination with the author’s content (because some places do not agree with the author)

It can be divided into 3 points

The essence of the game is the pattern in the rich context. For example, RPG is about leveling and fighting monsters, no matter if you are in Legend or World of Warcraft; the Chuhehan world of chess is just the background environment, and the essence is just the movement of chess pieces. The human brain is used to abstract in a rich context, and the game is designed in this way, so it is very easy for us to understand. (2) Novelty

The pursuit of new things is like watching movies. For example, we like RPGs with martial arts themes

Refers to the use of our instinct thinking ability (rather than logical thinking ability) , similar to Fast Thinking in “Thinking, Fast and Slow”, such as athletic ability (rather than careful thinking). For example, shooting in CS is an instinct. When playing football, you rely on this instinct (instead of thinking about it carefully, when someone comes, I need to move the mouse, aim at his head, and then shoot; or You think I have to move my hands and feet before I can start running), this series of exercises are carried out by subconscious and instinctive exercise ability. This feeling of using ability makes us feel very comfortable (compared to strenuous thinking)

-Not because of rewards, although feedback can make the game great

-Not because you like the feeling of “no one can beat” or escape from reality, although some people are addicted to the game for these reasons

So, what about werewolves?

This kind of “utility” experience is great. I think this is also the main reason why we like to play games (not all activities can use abilities, such as watching TV shows, obviously do not have this feeling, listening to music also). DotA also belongs to the feeling of “utilizing ability”, and it also has the bonus of socializing and playing with friends

To put it simply, I think the feeling of “using a certain ability” is the reason why we like to play games (not because of rewards, sense of accomplishment, or wanting to escape reality).

3. Why are some games fun and boring?

Playing games is actually a kind of “learning” experience (in a broad sense. Because the pursuit is novelty, understanding new things), such as a new world setting, new confrontation mode, new map, new equipment , A different enemy…

Then, when the game can’t provide a novelty experience, or this kind of expectation, it will feel boring . For example, if you play a lot of online games, and see another one, I think it’s just killing monsters and leveling, so naturally I can’t be interested. If a game is played too much and the changes inside are familiar, then naturally I feel boring

Correspondingly, if the game wants to be less bored, you need to consider updates, such as changes in difficulty, opponents, environment, equipment, and so on . But it’s not a brand-new experience, but as long as there is new data. Otherwise, the span is too large and it is difficult for players to accept too new patterns

This also explains why I am no longer interested in games when I grow up-because I play too much. For me, it’s nothing more than practicing what you do and what you become. Everything is as expected, boring. It’s not as good as playing football. Football is more interesting than playing games in all aspects. There is teamwork (better than most games), the experience of using abilities, and the ability to exercise

The only reason I play games now is to be with my friends. Play games with friends to have enough fun

4. Can learning be gamified?

I think, yes or no

Many people talk about “gamification”, they are talking about “rewards”, “competitions” and so on. Using these elements, of course, can make learning more interesting, but it can’t achieve true “gamification” and make people really like it.

Among them, the most important problem should be to strengthen the feedback and interaction of learning, and the principle of “+1” difficulty. Make learning knowledge easier. However, it is very difficult to truly achieve these points.

Another thing to pay attention to is not to trivilize learning just because of the “game” form . Not to let students learn because of “fun”, but to make people aware of the importance of learning-learning is useful, so learn

This sentence is right, but the way of asking is wrong

Because, what is the use of watching movies, listening to music, and reading novels?

However, people will not criticize those who read novels and listen to music. The author feels that this is because the game is a newly born thing and has not been fully understood by people. Many novels were the same when they first came out, but now they are regarded as “art”. Therefore, the author considers how to turn games into art. This idea is correct, but there are more specific details, so let’s talk about my own views.

To make a game an art does not mean how elegant and elegant the elements need to be incorporated, and how elegant and classic the game plot should be. Producers do not need to study any special advanced knowledge, such as drama, architecture, music, etc.

For the game, the research is still on how to make the game more fun, rather than adding a storyline (such as adding dialogue to Tetris) . Let players be willing to invest, such as loving the characters in the game, and constantly improving the game technology. Instead, directly reduce the difficulty of the game, hit a monster to explode all the equipment, or you have to RMB to play the game

It’s like talking about cross talk, studying what is really funny, instead of interspersing internet buzzwords, or using all kinds of vulgar and coy to make fun. But it’s not about how profound the topic is.

It is enough to respect the concept of “fun” . The author makes a lot of sense-Enterainment and art, the difference is intensity and audience, not category.

There is no direct difference between entertainment and art. Shakespeare, who is now regarded as art, was also popular culture at that time. Similarly, a novel is first entertainment, and the story makes everyone like to read it. Then, some people read the deeper things in it, that is, art, and it has something to do with the audience itself. But entertainment is basic 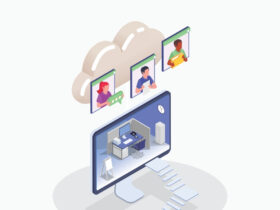 How will 3D animation boost your business in 2022? 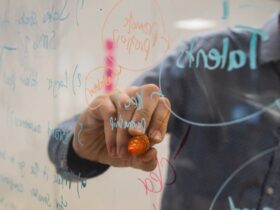 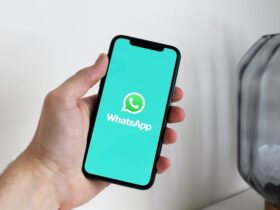 The advantages of the Latest Anti-Banned (Update) GB Whatsapp 2022