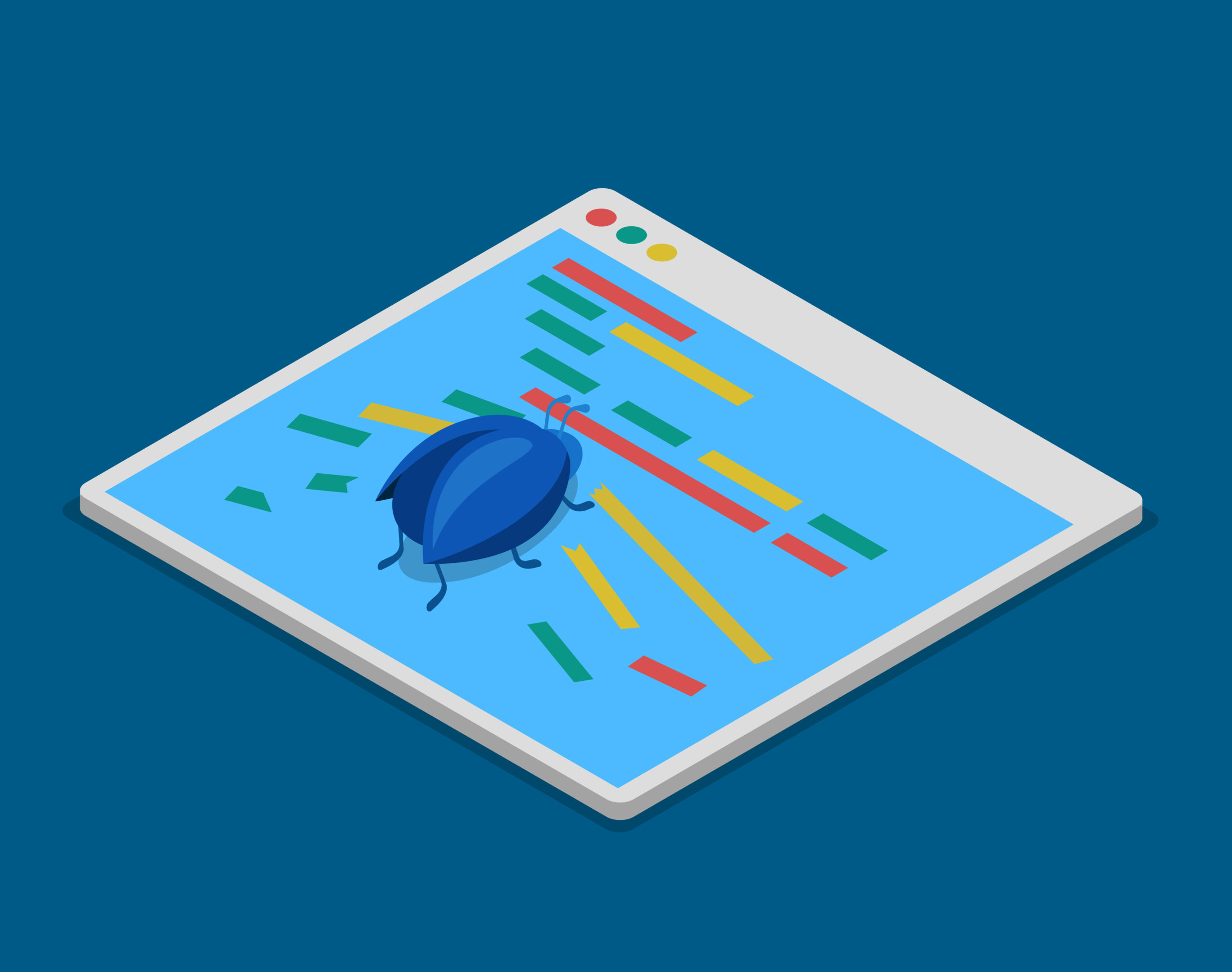 The Fei protocol stablecoin, FEI, which was designed to maintain a 1:1 peg with the US dollar, failed to do so within the first few days of its existence. Major VCs support the Fei Protocol, which aims to develop a stablecoin that would use its token to purchase assets rather than holding them as loan collateral.

Since its $1.2 billion introduction, algorithmic stablecoin FEI has not only fallen below parity with the US dollar but also experienced a problem that prevented some users from being able to sell their coins. FEI veered between a nickel and a dime off its aim of $1 throughout the first few days. On Tuesday, it dropped sharply to $0.75.

According to the founder of Fei Protocol, Joey Santoro, the team is working to re-peg the stablecoin to the US dollar. In order to do this, it will work to restore the incentive system’s functionality, which had been disabled as a result of the issue, and on a plan to bring the FEI back into line with the dollar.

The Fei Protocol was created to use rewards in order to maintain the coin’s value anchored to that of the US Dollar. The protocol rewards those who buy it below the peg and punishes those who attempt to sell it below the peg. The goal of the design is to encourage people to repurchase it until it is equal to one dollar. More FEI is destroyed and removed from circulation when a sale below parity is made in order to raise the price.

This strategy has failed. Since the coin’s introduction on Sunday, it has depreciated below parity. Neither has it retreated from the $1 threshold. The coin’s price merely decreased as the incentive mechanism failed. Users were ultimately unable to sell the coin on the FEI/ETH pair. They would have been subject to a severe 100% penalty if the transactions had gone through.

In essence, the token had lost all of its value. In fact, a Fei Protocol admin in the channel’s Discord indicated the burn might be greater than 100%. The price of the coin is effectively worthless at that point. In an effort to reweight a few times, the Fei Protocol saw some adjustments that enabled selling. Additionally, the penalty was eliminated, which caused significant outflows. The wounds were bandaged. To avoid penalties, traders started exchanging FEI for TRIBE, which they could then resell on TRIBE.

The bug bounty programme informed the Fei Protocol team of a vulnerability, which it then publicly publicised. The developers decided to “pause mint awards” on the protocol after discovering the problem. The incentives for purchasing FEI include mint awards, which are intended to bring the value back to parity with the dollar. Later, the token’s value dropped even more.

The crew deactivated the “buy” incentives due to a bug, leaving only the “sell” disincentives in place. Robert Leshner, the creator of DeFi lending platform Compound, tweeted that the FEI/ETH pool “is looking pretty ominous.”

According to the Fei Protocol team, the protocol is still excessively collateralized. The set of FEI tokens are therefore backed by more cryptocurrency collateral than they are worth. The company added that there are still opportunities for “reweighting” to restore the token’s value.

The remaining $1.2 billion is at risk.

FEI’s difficulties demonstrate that this is still a young and emerging market in an era of constant DeFi achievements. Will investors’ DeFi investing strategies become more cautious? The Fei Protocol is now being monitored by the industry. Will it ever bounce back?

How The Fei Protocol Works

By designing a system where users directly buy stablecoin from a protocol that is capable of owning the assets used to purchase it, the Fei Protocol innovates on the concept of a decentralised stablecoin.

There are several ways the Fei protocol sustains its peg to the dollar. In the first place, by way of a pool on Uniswap, the decentralised trading system that underpinned the initial peg. Incentives are created for buying from and selling to that pool through the Fei Protocol smart contract.

The first time, Uniswap displays a specific indicated FEI price while delivering less than what was stated in the trade. When FEI is overpriced, FEI loses the sale. Users are having trouble understanding it, although there is a slight panic while trying to leave. The reweight is the other mechanic used by the Fei Protocol.

What Is A FEI Reweight?

Uniswap is a decentralised exchange (DEX) or automated market maker; it has no assets of its own. Instead, it offers a method for customers to fund it with asset pairs and receive a small commission on any trades that other users make using the protocol. A user might deposit 100 DAI and $100 worth of ETH in an ETH/DAI pool. As users trade ETH for DAI and DAI for ETH, the depositor makes a small profit on each transaction.

The ETH/FEI pool on Uniswap is powered by the Fei Protocol. The protocol reweights the entire pool when FEI is trading below its $1 objective by removing ETH and FEI from the DEX.

Fei transfers the appropriate amount into the ETH/FEI pool using some funds contributed by others such that the remaining funds are equivalent to 1 FEI for every $1 in ETH. The remaining ETH and FEI that are needed to maintain that ratio are subsequently returned to the Uniswap pool through the Fei protocol.

After the reweight, FEI will still be available because the market needs to cut back on supply. As a result, the price is less than the peg. The remaining FEI is burned.

In order to take advantage of the greatest price for FEI at the time of reweight, users strive to leave their positions with so many others seeking to leave FEI. This sudden rush to trade results in another value decline, and FEI once more loses its footing. Therefore, the reweight, which was supposed to make things better, is actually making things worse.

Users would only own FEI if they had a stake in the organization’s governance. In order to receive more TRIBE payouts, they can hold FEI and its governance token, TRIBE, and stake them in the FEI/TRIBE Uniswap pool.

The ETH that the Fei Protocol now possesses was invested in during a launch event where early backers received FEI at a discounted price in exchange for their ETH. Fei obtained ETH worth more than $1 billion in this manner. The protocol launched the Uniswap pool after those wallets received FEI, with 1 FEI equaling $1 of ETH at launch.

“Since the FEI for this deposit derives from minting, Fei Core must appoint this PCV [Protocol Controlled Value] Deposit as a Minter. The amount of FEI that is created is equal to the amount of ETH multiplied by the pool’s current spot price of FEI/ETH. reads the white paper from Fei

“@ Everyone the PCV is safe and the protocol is still overcollateralized, we will move forward with a solution to help allow FEI to trade for the fair market price,” Santoro posted in the FEI Discord channel on Tuesday.

Analyst Sébastien Derivaux claims that finally Tribe holders became avaricious and tweeted: “$TRIBE holder are effectively saying they want to build a stablecoin that is not redeemable for $1.

They have a short-termist, selfish mindset.

Making a quality product is how you make the big bucks, not by taking advantage of your clients.

In the end, Fei released a statement stating their course of action, breaking with the vociferous majority of TRIBE holders.

The DeFi community is currently waiting with bated breath to see how the Fei protocol chooses to go and fix what has gone wrong.

If you've got a car and some free time, you can start making money...
Previous article
Can Trust Wallet be Trusted?
Next article
Everything You Need To Know About NEM Blockchain
A3