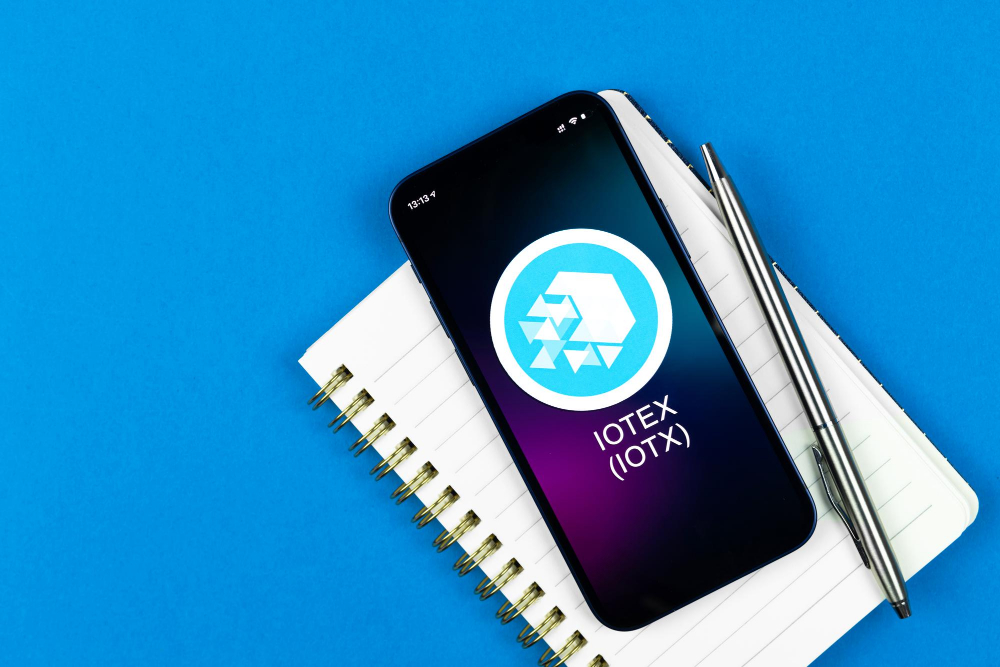 Consortium. He formerly served as Uber’s engineering security and lead of crypto R&D.

IoTeX wants to resemble the spinal column and nervous system for Internet of Things platforms in terms of architecture. The following design elements are included in this architecture:

Because different IoT applications have distinct requirements, a blockchain must offer a wide variety of functions. Because of this, it is impractical to integrate all IoT nodes into a single blockchain. Additionally, the blockchain would bloat, slowing down and weighing down computations.

IoTeX is therefore experimenting with the concept of a division of labour. This implies that sidechains will be developed for each required function, with the ability for these sidechains to interact with one another as required. The company thinks they can maximise the privacy and efficiency of the blockchain by building sidechains.

In order to protect user and transaction privacy, IoTeX has implemented a number of features. It accomplishes this, for instance, by using ring signatures. To this, it adds a relayable payment code that conceals the transaction receiver’s address.

And all of this is based on a lightweight address system, which eliminates the need for receiving addresses to scan the entire network for incoming transactions.

The Occam’s Razor principle states that the simplest solution is typically the best one. This means that various devices have varied demands when it comes to the Internet of Things, and IoTeX handles this in the most straightforward way by providing each device with exactly what it requires through independent sidechains. The necessity to relay transactions is one instance of this. These blockchains can be much simpler and don’t need Turing-complete contracts.

Blockchain solutions for the Internet of Things must be compact and use the least amount of energy, storage, and computing possible. IoTeX has a special architectural feature that allows its blockchains to coexist while maintaining interoperability. This is accomplished by using a root blockchain in conjunction with sidechains.

IoTeX’s architecture consists of a root blockchain that controls the subchains and serves as the network’s governance and security system. These subchains are employed to link IoT devices that operate in comparable environments, enjoy comparable degrees of user trust, or serve comparable functional purposes.

This has many advantages, one of which is that the root chain is untouched if any subchain is attacked. This architecture is also known as a “blockchain-within-a-blockchain” with the IoTeX blockchain.

Communication across blockchains is quick, effective, and affordable via the IoTeX protocol. Block finality, a feature added by the creators that ensures no new block created can be modified, is part of the solution.

How Is the IoTeX Network Secured?

IoTeX provides a number of security features that protect user and transaction privacy. Some of features include the trustworthy payment code that conceals the transaction recipient’s address and ring signatures.

Delegated Evidence of Stake operates by shareholder voting for the network’s block producers. This is a predetermined number of block producers, and once chosen, they are in charge of continuing to add new blocks to the blockchain.

The DPoS consensus algorithm has some drawbacks. First and foremost, the network will never become decentralised due to the fixed, static number of block generators. Second, and crucially for an IoT blockchain like IoTeX, it cannot support several concurrently operating large-scale apps or complicated blockchain topologies.

The IoTeX team has years of experience with cryptocurrency and cryptography. The project’s co-founder, Raullen Chai, is a research scientist at the University of Waterloo and possesses a PhD in cryptography. He formerly served as Uber’s head of research and development for cryptography, and before that, he was a security engineer at Google.

Another IoTeX co-founder, Qevan Guo, has a PhD from the National University of Singapore in machine learning and computer vision. He worked as a research scientist and engineering manager at Facebook prior to his work on IoTeX.

Jing Sun, who has managed more than 40 investments in security, blockchain, and IoT, is the third co-founder of IoTeX. Being a founding member of Sparkland Finance, a venture capital company that linked Asia and Silicon Valley, she offers commercial knowledge to the initiative.

She has already been successful in forging a number of critical alliances, including those with the Blockchain Foundation and the blockchain industry service platform Jinse. In June of last year, smart contract security and verification company CertiK announced another significant agreement. They will contribute to ensuring the complete security of the IoTeX blockchain and smart contracts.

The IOTX token will be converted from an ERC-20 token to a native token (scheduled for Q1 2019). After being switched, the native token will start trading under the ticker IOTX and will be mineable for the following 50 years. The total capped supply of IOTX is 10 billion, and there are now 1,331,040,005 of them in use.

The first quarter of 2019 is when the alpha mainnet is expected to launch. The native token will be exchanged at that point, and the tokens will then be utilised to power the IoTeX network, including distributed apps and transactional services.

The IOTX token is traded most frequently on Binance, while significantly lesser volumes are exchanged on Kucoin and Gate.io. A minor portion is also being traded on Bilaxy.

IOTX can be kept in any wallet that is ERC-20 compatible because it is an ERC-20 token, but in order to exchange it for the native IOX token, the native IoTeX wallet must be used. The wallet is accessible in beta form at https://iotexscan.io/wallet.

If we were to rate IoTeX’s commit frequency against those of other projects, they would come in at number 90. (updated till October). This puts them between the Trinity Network’s commits at 91 and the privacy-focused Zcash’s (ZEC) commits at 89.

According to the IoTeX roadmap, the Mainnet alpha launch in the first quarter of 2019 is the next significant milestone to be attained. They are anticipated to deliver their IoT DApps, which will enable integration with smart devices, shortly after that, in Q2 2019. If everything goes according to plan, the Mainnet GA is anticipated in Q4 and the Beta in Q3.

The IoTeX team’s communication in general

The goal of the Gold Label Project is to guarantee that users receive timely updates on cryptocurrency projects as well as reliable, correct, and thorough information.

In fact, it would seem that this is the case given the frequency with which updates are posted on the official IoTeX blog. Given that the majority of their community is geographically spread out, they do this in both English and Korean.

What Is IoTeX (IOTX)?

Because of the innovative Roll-DPoS consensus technique, it is intended to connect the physical world of internet devices block by block and will be quick and scalable. IoTeX also contributes a simple method for protecting privacy.

We will provide you with a thorough overview of IoTeX in this review. We will go into the team, technology, and use cases. We’ll also look at the IOTX token’s development path and its uses in other contexts.

IoTeX, which began as an open-source initiative in 2017 with the goal of enabling the Internet of Trusted Things — an open ecosystem where people and machines can connect with complete privacy, free will, and assured trust — has developed a decentralised platform.

The goal of the project, which has a global team of more than 30 research scientists and engineers at its back, is to integrate blockchain, secure hardware, and private computing to enable privacy-preserving smart devices and networks.

It is a private blockchain that is housed within a blockchain platform created to support the Internet of Things (IoT). IoTeX uses a special Roll-DPoS consensus mechanism to connect the physical Internet world of devices while still being quick and scalable.

According to Juniper Research’s research, the number of IoT devices is predicted to reach 50 billion by 2022. So’s a tremendous quantity, and with that many internet-connected devices, real-time automation and secure communication will also be necessary.

IoT technology hasn’t yet gained widespread adoption due to a number of issues. These consist of:

a lack of usefulness.

IoTeX intends to address these issues with a privacy-focused blockchain that offers adaptability and scalability by utilising a quick consensus algorithm based on Proof-of-Stake in conjunction with sidechains.

There is opposition to IoTeX. IOTA, one of its main rivals, uses Directed Acyclic Graph (DAG) technology to address scalability difficulties and offer a lightweight platform for low-power gadgets.

However, there is a cost associated with IOTA’s usage of DAG technology, and that cost is universal agreement. The creators of IoTeX believe that this fee is excessive and are working to develop a blockchain solution to solve the problem of scalability. They envision a blockchain that is composed of numerous smaller blockchains. There will be a root blockchain in charge of the network’s security and governance, followed by sidechains that perform particular tasks.

Who Are the Founders of IoTeX?

Additionally, Hyperconnect Lab’s co-founder is Qevan Guo. He once worked for Facebook as an engineering manager and research scientist.

At Sparkland Capital, Jing Sun is a managing partner as well. She is an angel investor at Rippling as well as an LP investor at Polychain Capital.

Xinxin Fan worked as a senior research engineer at the Bosch Research and Technology Center, North America, prior to helping to start IoTeX. At the University of Waterloo, he has also held positions as project manager and research associate.

Raullen Chai is not just a co-founder of IoTeX but also a member of the Industrial Distributed Ledger Task Group at the Industrial Internet Consortium and an advisor at BootUP Ventures. He formerly served as Uber’s engineering security and lead of crypto R&D.

If you've got a car and some free time, you can start making money...
Previous article
The Future of Theta Network
Next article
Get involved with Optimism
A3