What’s so special about Gemini Coin 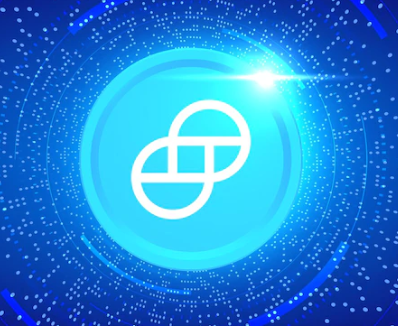 The spectacular rise and fall of Bitcoin in 2018 demonstrated how erratic cryptocurrencies can be. A swarm of press stories asking if Bitcoin could survive such a drop followed. If so, would anybody invest in it once more?

The major firms in this market are aware that luring more established institutions would help to regain legitimacy and increase adoption.

But management and regulation are these institutions’ two principal worries. They desire investments that are handled transparently and in compliance with federal laws.

Gemini can help in this situation. It is a cryptocurrency backed by the US dollar, which gives it validity and attracts traditional financial institutions. It is also regulated by the New York State Department of Financial Services.

Customers can swap US dollars for cryptocurrencies including bitcoin, Litecoin, Ether, and Zcash via the Gemini exchange. Additionally, it holds a licence as a custodian, allowing it to keep digital assets for clients.

The Winklevoss twins, who famously obtained $65 million from Mark Zuckerberg for stealing the concept for Facebook, are the creators of Gemini.

The billionaire twins increased their wealth and founded their own exchange by investing a portion of that dividend in bitcoin. They became aware in 2014 that US institutions wished to invest in bitcoin but were unable to do so due to US legal restrictions. They therefore attempted to obtain the approval of regulatory agencies and transformed into a New York trust company, a firm subject to New York Banking Law.

They said that their capacity to accept cryptocurrencies while maintaining financial and regulatory compliance served as a “bridge between the old world of money and the new world of money.”

Gemini platform was introduced in January 2015 and launched in the US in October 2015. the New York State Department of Financial Services granted him a trust charter.

Launch of the Gemini dollar (GUSD) in Septemb

What’s so special about it?

Traditional institutions – Gemini is frequently contrasted with rival exchanges like Coinbase and Kraken, yet it has carved out a place for itself among major corporations and high-volume traders. This is because to its generally cheap fees and the fact that trading larger amounts results in even reduced expenses.

Compliance and regulation – It also appeals due to compliance and regulation that are already there. In addition to being legally obligated as a trust and fiduciary, Gemini is required to hold customer fiat funds at a bank that is insured by the US government. The state of New York’s compliance, anti-money laundering, and cybersecurity rules must therefore be complied with.

The rather short list of supported nations is one drawback. Only the US, Canada, Hong Kong, Singapore, South Korea, and the UK are now offering Gemini. Additionally, only the most popular cryptocurrencies can be traded (Bitcoin, Ethereum, Zcash, Litecoin, and Gemini dollar).

How does Gemini work?

Additionally, customers can exchange their cryptocurrencies for US dollars.

What is Gemini dollar?

The Winklevoss twins released Gemini’s own coin, the Gemini dollar, in the fall of 2018. (GUSD). One Gemini dollar is equivalent to one US dollar since its value is “pegged” to that of the greenback.

It is a “stablecoin,” a particular class of cryptocurrency. Because a stablecoin is closely connected to a stable asset, in this case the US Dollar, it is thought to be less volatile than a currency like bitcoin. The Gemini dollar, according to Gemini, is the “first regulated stablecoin in the world.” Its original recipe combines U.S. regulation, blockchain technology, and the stability of the dollar.

To ensure that it genuinely maintains the 1:1 value, the legislation calls for regular auditing. As a result, Tether, a rival currency that is likewise pegged to the dollar but lacks transparency, overcomes one of its main drawbacks. Regular auditing contributes to Gemini’s credibility and public trust.

The Gemini dollar complies with the ERC-20 standard, allowing it to be retained in a cryptocurrency wallet or traded for other tokens on the Ethereum network.

To ensure that it genuinely maintains the 1:1 value, the legislation calls for regular auditing. As a result, Tether, a rival currency that is likewise pegged to the dollar but lacks transparency, overcomes one of its main drawbacks. Regular auditing contributes to Gemini’s credibility and public trust.

The Gemini dollar complies with the ERC-20 standard, allowing it to be retained in a cryptocurrency wallet or traded for other tokens on the Ethereum network.

The Winklevoss twins don’t appear to be slowing down in their effort to combine old and new money. Gemini has added Litecoin to the exchange, demonstrating their desire to provide users more options. It’s expected that Bitcoin Cash will be added soon after.

Although Gemini’s heavily regulated approach may offend crypto purists, it continues to be very appealing to customers who need security and compliance.

If you've got a car and some free time, you can start making money...
Previous article
How to Use Ravencoin
Next article
Let’s check it out Ravencoin (RVN)
A3