WHAT EXACTLY IS TACTICAL GEAR? 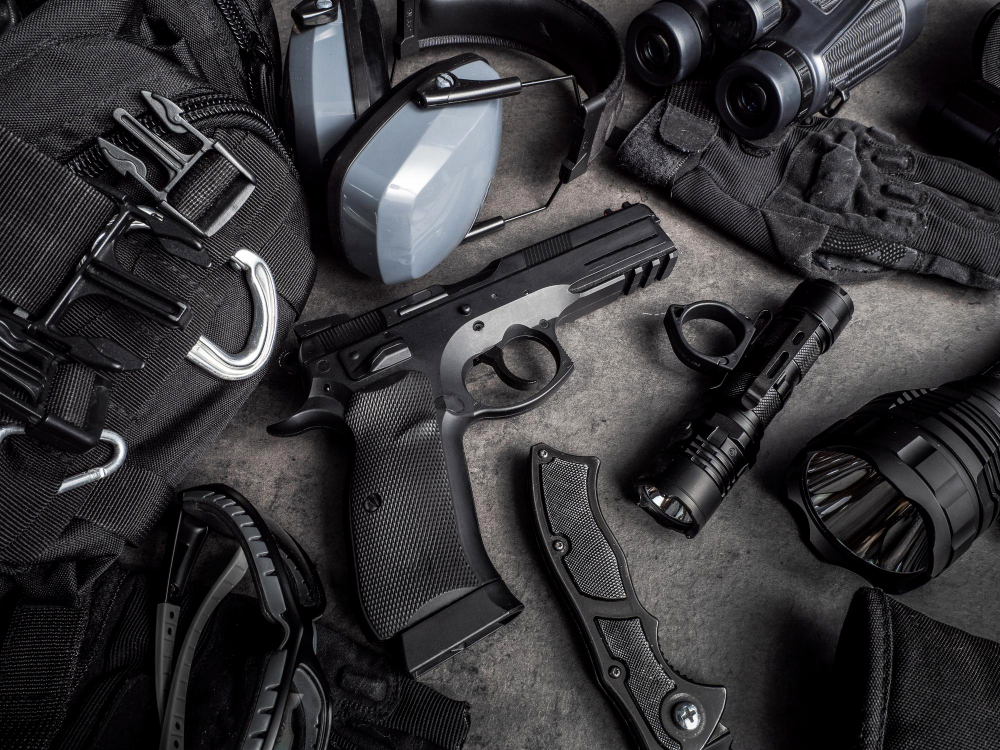 What exactly falls under the category of “tactical gear”? Is it related to apparel or equipment? Why is it appealing to so many average people?

We will address all of your pertinent inquiries concerning tactical equipment in this post. To find out more about the history of tactical gear and the unique attributes it needs, keep reading.

WHAT ARE THE USES OF TACTICAL GEAR?

When we discuss tactical clothes, we mean clothing that has a precise, utilitarian purpose.

Additionally, civilian tactical gear for hunters or campers is different. While bulletproof vests may be part of a police officer’s kit, a hunter’s tactical gear is more likely to have additional pockets for carrying supplies like food and water.

Tactical equipment may be used by anybody; you don’t have to work in the security, law enforcement, or military to profit from it. Almost anybody may utilise various forms of tactical gear, and it has numerous applications in everyday activities and hobbies.

For certain tactical purposes, tactical equipment is created. The majority of tactical gear includes elements like comfort, range of motion, concealment, and durability.

Combat-ready tactical gear will experience tremendous stress and wear. It must be durable enough to withstand a significant impact and adaptable to various climatic conditions and settings.

Tactical equipment must be made of materials that are exceptionally durable since it is susceptible to substantial wear and tear.

Ripstop fabric, which is woven from nylon using a strengthening process to make it more resistant to tearing or ripping, is a common component of tactical trousers.

While tactical gloves are strengthened with thermoplastic rubber, military boots are made of quality leather or ballistic nylon.

These tough materials strengthen tactical gear and extend its lifespan.

As stealth is frequently a key component of tactical gear designs, concealment is one of the most crucial elements of tactical gear, and colour plays a significant role in this.

Dark colours like black and camouflage are good for hiding since a lot of tactical equipment is meant to be used at night, in the cover of darkness.

Military clothing, for instance, must be able to blend in with the surroundings at any costs. This stops soldiers from becoming easy prey for their adversaries.

The majority of the time, a person in tactical gear is required to carry a weapon. This is especially true in regards to military and police tactical equipment.

Distinction is also very significant. Tactical equipment must have enough room to fit weapons as well as the ability to conceal and hide them from view.

For instance, pistol holsters are frequently included in tactical clothing, and they can be located both within and outside the waistline.

A holster for a small knife is also included in certain tactical boots. Tactical equipment offers efficient solutions that give you choices regardless of whether you need to hide a weapon or not.

Particularly during fighting, mobility is crucial. Because your capacity to act is hindered if you can’t move readily, tactical equipment has to allow for a wide range of mobility.

In tactical gear, there are several techniques to allow for a variety of movement. For instance, tactical backpacks have several load-bearing straps that aid in maintaining balance when travelling fast across uneven ground.

Tactical gloves don’t limit dexterity the way civilian gloves do, and tactical trousers have strategic gussets for flexibility. Because of how they are made, the user may use fine motor abilities without being hindered by the equipment.

A police officer or soldier shouldn’t be sidetracked by scratchy, warm, or improperly fitted tactical gear. You want them to give the task they’ve been given their whole attention.

Tactical clothing for civilians gained prominence in the 20th century. Although tactical gear was initially used for specific objectives, high fashion has recently drawn inspiration from it.

It hasn’t always been necessary to stockpile military hardware, but when a nation is at war, there might occasionally be an excess of supplies.

Many customers find the thought of having access to tactical gear appealing, and these days, anyone may have tactical gear if they so want.

If you've got a car and some free time, you can start making money...
Previous article
What Problems Does the Oasis Network (ROSE) Solve?
Next article
why I choose Kyber Network Crystal v2 (KNC)
A3