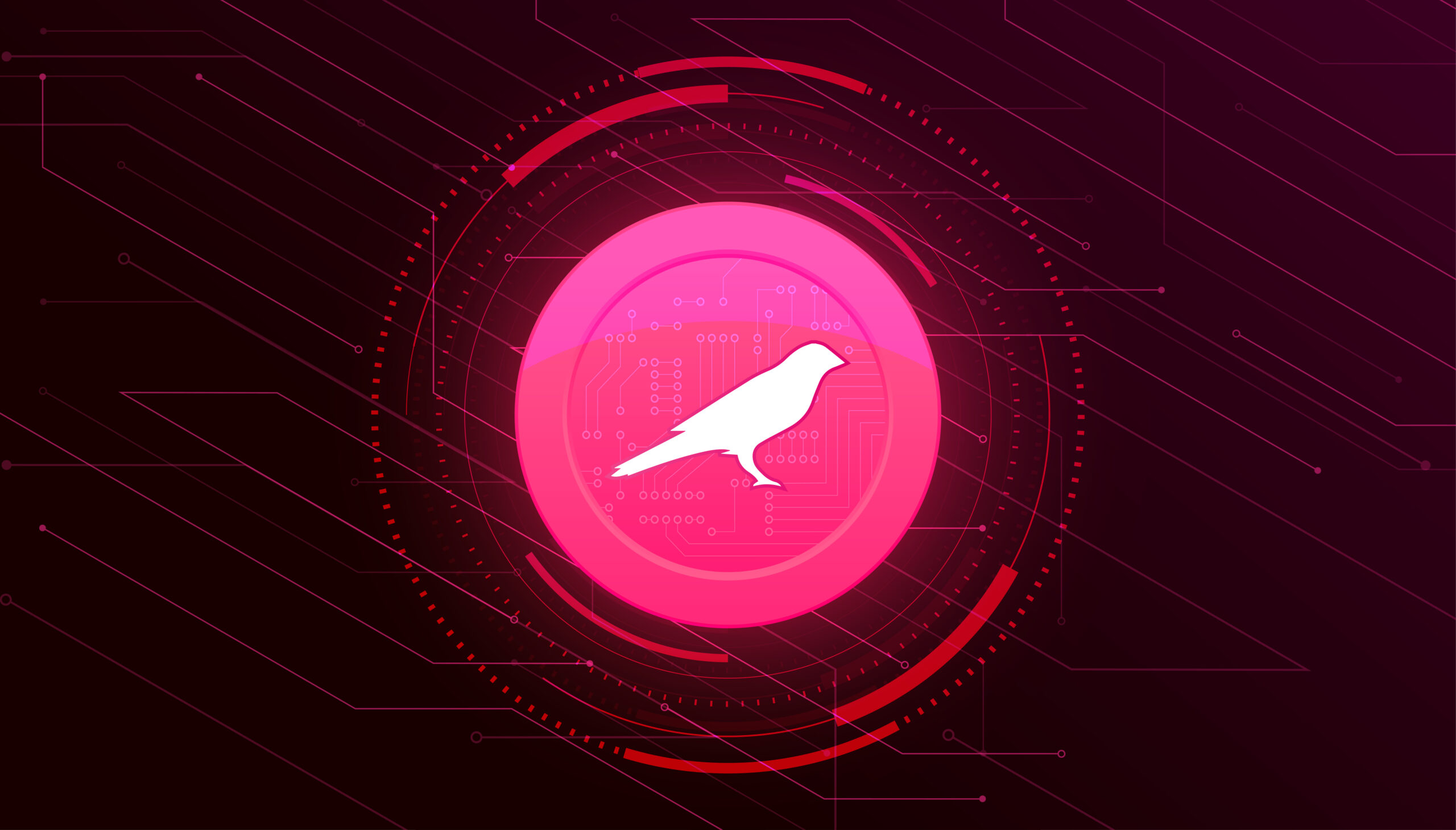 Kusama has an edge over other new dApps and initiatives for the Polkadot ecosystem because of its special position as a canary network for Polkadot. Before stabilising and modifying their software for the Polkadot network, several dApps will launch on Kusama.

Additionally, Kusama makes use of Parachains, distinct layer-1 blockchains that let users participate in token models and incentives that aren’t often offered on the Kusama Network. Projects must win a spot in the Parachain Auctions in order to use Parachains. Not only are parachain slots important, but they also need KSM to be locked for the term of the lease. In order to extend the lease, participants who win a Parachain slot must triumph in additional auctions, ensuring that projects require a constant supply of KSM.

The KSM token’s primary function is to support and run the Kusama network. By taking part in various Kusama network activities including staking, bonding, and governance, users get value.

What Is Kusama (KSM)?

A public pre-production Polkadot environment called Kusama (KSM) utilises an unaudited early release of the Polkadot blockchain. Any developer can use Kusama as a sandbox to test early iterations of Polkadot projects in a real-world setting. As a “Canary Network,” Kusama is an essential part of the DOT ecosystem because it enables major changes and code releases to be properly tested and approved before being made available to the general public on Polkadot.

KSM, the native coin of the network, is not an ERC20 token because Kusama manages the network using its own blockchain technology. For multiple purposes, Kusama has its own token: to be used for network governance; to be staked; to be bonded to connect a chain to Kusama as a parachain; and to be used as a utility token for network users.

How Does Kusama (KSM) Work?

Polkadot’s sister-chain Kusama imitates several of the network’s distinctive design cues. For instance, Kusama uses two different types of blockchains to manage network activity and process transactions. The Relay Chain, the primary network, is where validators are staked. The Relay Chain is in charge of coordinating the entire system and only has limited capability. Additionally, there are user-generated networks known as Parachains, and depending on the project utilising each one, they can all have various designs, features, and use cases.

Who Are the Founders of Kusama? (History of KSM)

The designers of Polkadot, Gavin Wood, Peter Czaban, and Robert Habermeier, created Kusama in 2016. As of July 2019, anyone who owned DOT indicator tokens at the time of Kusama’s genesis block is eligible to claim KSM.

Polkadot (and afterwards Kusamatoken )’s sale was managed by the Web3 Foundation, whose president is Gavin Wood. Before DOT, Web3 launched Kusama, which went on sale for $1.71 in December 2019. Kusama’s distribution was identical to Polkadot’s distribution. Users who met the requirements and bought DOT during the pre-sale were entitled to a matching amount of Kusama. The team set aside 1% of KSM for potential KSM network incentives in the future.

For Polkadot, Kusama acts as a special “Canary” testnet. Only a testnet is used by the majority of blockchain ecosystems to create decentralised applications (dApps) and initiatives. Kusama is able to give a functioning market and testnet circumstances that other chains are unable to do since it uses a live blockchain network. Additionally, Kusama makes use of altered governance parameters, which enable it to run up to four times faster than Polkadot.

The usage of two blockchains, the main network and the user-generated networks, is another aspect of Kusama (Parachains). The utilisation of parachains, which are highly distinctive, enables users to operate independent layer-1 blockchains concurrently with the Kusama network. In addition to guaranteeing the security of the Parachains, running distinct layer-1s connected to the Relay Chain considerably improves the scalability and interoperability of the Kusama network.

How Many Kusama (KSM) Coins Are in Circulation?

Out of a total amount of 10,000,000 KSM tokens, 8,980,098 KSM tokens were in circulation as of May 2021. KSM has an unlimited supply since it experiences the same 10% inflation rate as DOT every year. When exactly half of the KSM supply is staked, Kusama validators receive all newly created KSM tokens. The distribution of freshly created KSM tokens is based on the percentage of KSM staked. A portion of the inflation goes to the Kusama Treasury depending on whether the quantity of KSM staked is above or below 50%. On the secondary market, KSM tokens can be bought. Participation in the twin node network of Kusama can also result in the earning of KSM.

Users that bought DOT during the initial coin offering (ICO) received the Dot Indicator Token, which they could exchange for an equivalent number of KSM during the Token Generation Event.

Delegating their KSM to up to 16 validators entitles Kusama network nominees to a passive payout in KSM. The awards fluctuate according to the quantity of participants and the current yield.

How To Use Kusama (KSM)

KSM is a governance token that may be used to manage protocol upgrades and fixes as well as to pay fees for sending messages across parachains. Nominators can stake their KSM to validators to obtain a share of the profits while also helping to safeguard the network and gain rewards from inflation. KSM can also be utilised for bonding to support fresh parachains.

How To Choose a Kusama (KSM) Wallet

What you intend to use the Kusama (KSM) wallet for and how much you need to keep will probably influence the kind of wallet you select.

The most secure solution comes from hardware wallets, also known as cold wallets, which offer offline backup and storage. Hardware wallets from Ledger and Trezor both include KSM storage options. However, hardware wallets come at a higher cost and with a little bit more of a learning curve. As a result, they might be better suited to holding more KSM for more seasoned users.

Software wallets are an additional choice that are both free and simple to use. They might be custodial or non-custodial and can be downloaded as desktop or smartphone apps. With custodial wallets, the service provider is in charge of managing and backing up the private keys on your behalf. Non-custodial wallets keep the private keys on your device using safe components. Although useful, they are thought to be less secure than hardware wallets and may be better suited to individuals with less experience or lower amounts of Kusama (KSM).

Online wallets, often known as web wallets, are also cost-free, simple to use, and available from a variety of devices via a web browser. However, they are regarded as “hot wallets” and might not be as secure as hardware or software alternatives. You should choose a trusted company with a solid reputation who has experience in security and custody because you are probably entrusting the platform to manage your KSM. They are therefore best suited for modest holdings or for seasoned frequent dealers.

You may easily store and exchange your Kusama (KSM) tokens with Kriptomat’s secure storage service. You get user-friendly functionality and enterprise-grade security when you store your KSM with Kriptomat.

When you choose our safe platform as your storage solution, buying and selling KSM, or exchanging them for any other cryptocurrency, can be done in a matter of seconds.

The Polkadot UI, the Polka Wallet, or the Polka JS staking app are the three options available in Kusama for creating a wallet for staking KSM. Users must Bond their KSM utilising the staking feature of their app after creating a wallet; remember to leave some KSM for gas! When assets are bonded, they are permanently bound onto the network. Users can choose up to 16 different validators to transmit their assets to after the assets have been bonded. Any of the user’s chosen validators who act inappropriately will be punished or sliced and lose a tiny portion of their wealth.

As the most productive testnet available at the moment, Kusama (KSM) occupies a special place in the market. The Kusama chain’s fast speed and frequently turbulent nature creates novel and fruitful options for both users and investors. Additionally, it shares the creative and dependable Polkadot codebase with Polkadot and was developed by Gavin Wood, one of the original Ethereum developers. KSM is positioned to be a market leader for dApp production and blockchain development because to its innovative design, and it will probably continue to be one of the most popular and practical testnets for many years to come.

Is Kusama a Competitor to Polkadot?

Kusama was developed to supplement Polkadot and operate as a “proving ground” for the creation of dApps before they were transferred to a more reliable platform on the actual DOT network. However, many projects might decide to stay on KSM due to the lower cost of Parachains on Kusama, an active user base, and quicker development.

What Can You Do on Kusama?

On the Kusama network, you can take part in a wide range of activities. Users can join cyber societies, practise validator setup, construct parachains, engage in governance or on-chain politics, yield farm on Parachain L1s, and much more!

How To Buy Kusama (KSM)

It’s simple to purchase KSM by going to Kriptomat’s how to buy Kusama website and selecting your favourite payment method.

How To Sell Kusama

By navigating the UI and selecting your preferred payment method, you may quickly sell KSM coins if you already own them and keep them in your Kriptomat exchange wallet.

Exchange inflows and outflows, emotion, technical and fundamental trends, the news cycle, and the overall economic environment are some of the variables that affect Kusama price and market value.

At any given time, the collective buying and selling of millions of individuals throughout the world determines the price of KSM. Using cryptocurrency exchanges like Kriptomat or one of the many different cryptocurrency tracking services, you can stay up to date on the most recent price movement and news.

The price of Kusama (KSM) at the moment is loading €.

If you've got a car and some free time, you can start making money...
Previous article
Information on MINA Staking
Next article
Decred (DCR): A Hybrid Approach to Consensus
A3